What I learned about bluetooth with Gadgeteer

My recent Gadgeteer project was to investigate the Bluetooth module with a view to having a hassle-free way to communicate either between 2 Gadgeteer devices or between Gadgeteer and a Windows client.

I decided the best way to learn how the bluetooth module worked was by using Gadgeteer -> Windows, as it would make debugging easier. I came across the Bluetooth library from 32feet - this is a lovely layer of abstraction over the complexities of the bluetooth protocol, and ultimately gives you access to any serial data via a NetworkStream.

The goal of this experiment was to take a picture with the camera, convert it to a windows-compatible bitmap, and stream that over bluetooth to the client, which would create a bitmap from the bytes and display it on the screen. What could be easier?

This is the gadgeteer project: 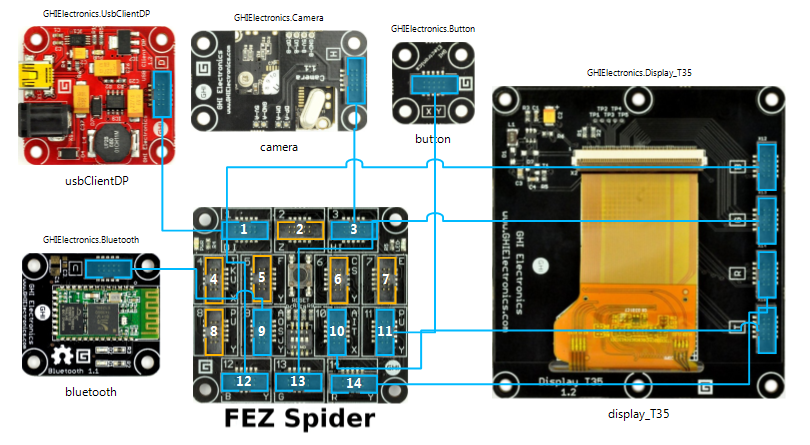 The Windows client was not fancy; it consisted of a form with a picture box and progress bar.

The code is available on Github. The Gadgeteer code is here and the windows client is here

Here's a picture showing the Gadgeteer LCD screen and the windows client side-by-side; you'll have to take my word for it that the image was bluetoothed... 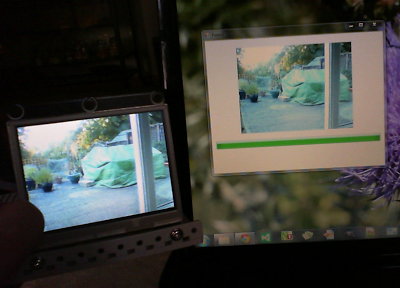